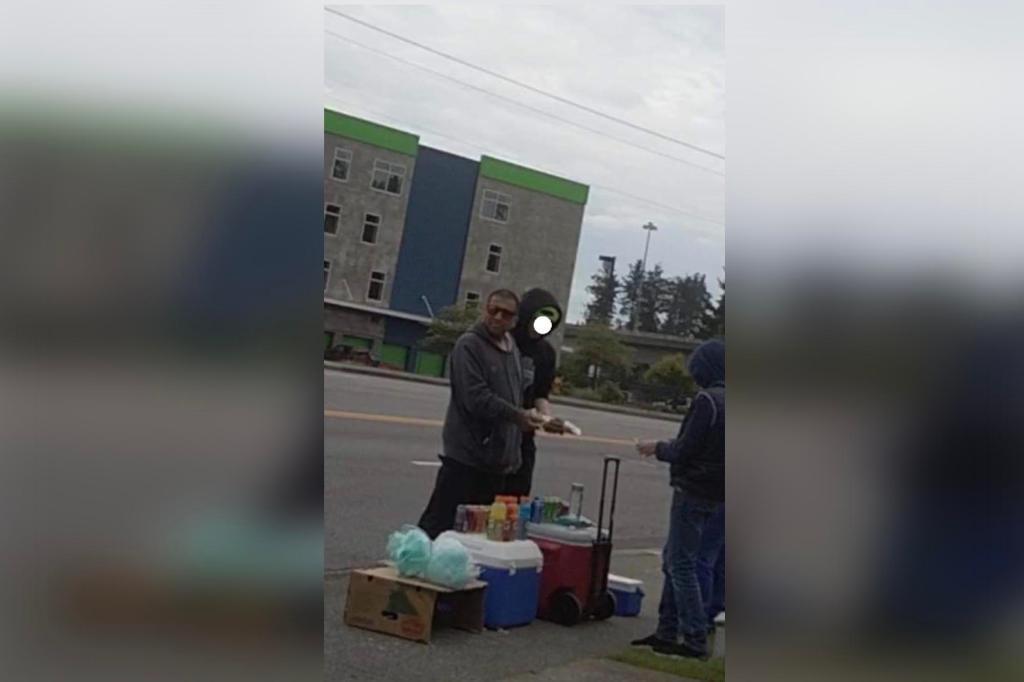 Washington state police have been on the lookout for the shameless scoundrel that used a counterfeit $100 invoice at a toddler’s lemonade stand.

The absolutely grown man was caught on digicam carrying sun shades whereas he handed the pretend financial institution notice to Jeremy, 11, at his makeshift Everett concession stand earlier this summer season, police stated.

The cheapskate then put the squeeze on the unsuspecting child when he requested for actual change, forcing the boy to dip into his allowance handy over $85 in authorized tender, in accordance with officers.

Jeremy didn’t know he had gotten a lemon of an enormous invoice till he tried to spend it at a fuel station, cops stated.

“Whereas our detectives work exhausting to carry closure to each case, this case struck a specific chord with them, they usually wish to do all the pieces they will to get justice for Jeremy and catch this counterfeiter,” cops wrote on Fb.

Little Jeremy, 11-years-old, didn’t understand the invoice was pretend till he tried spending it at a fuel station.GoFundMe