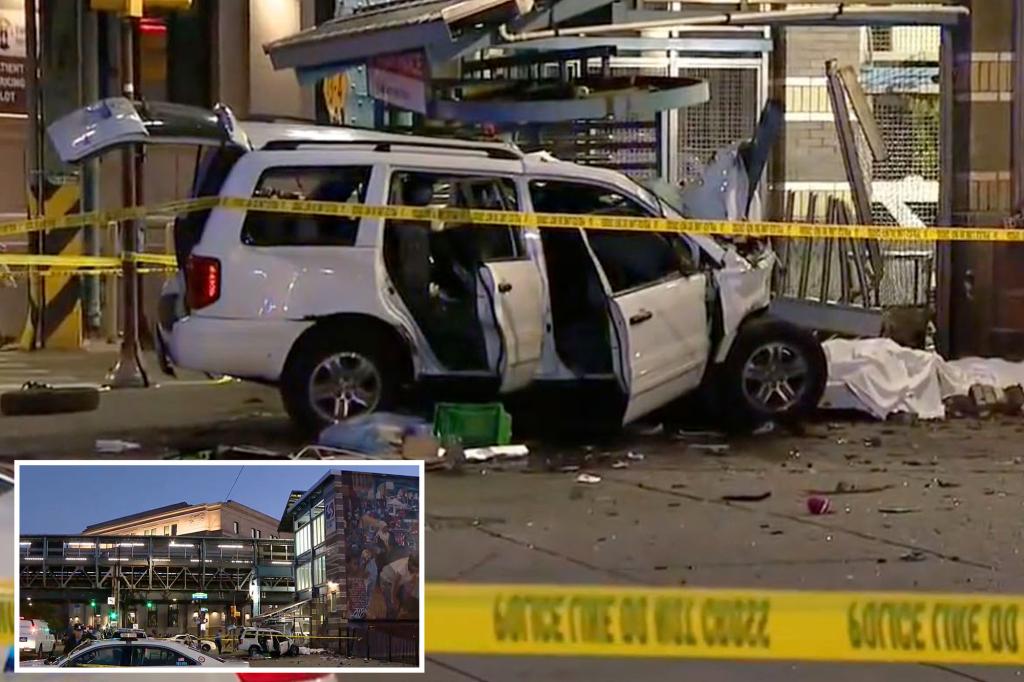 Three are useless after a automotive crashed into Allegheny’s SEPTA station on the Frankford Market Line Tuesday morning, in response to studies.

The collision killed two pedestrians, a person and a girl, and left one decapitated.

The motive force of the automotive additionally died and was dashing at over 100 mph earlier than crashing, a police officer advised Fox 29’s Steve Keely.

Authorities say the automotive jumped the curb and hit a turn-style, hit three pedestrians after which SEPTA station constructing.WTXF-TV

Kensington and Allegheny avenues are each reported to be closed as of Tuesday morning.

All trains will bypass Allegheny due to the crash, in response to SEPTA’s Kelly Greene.