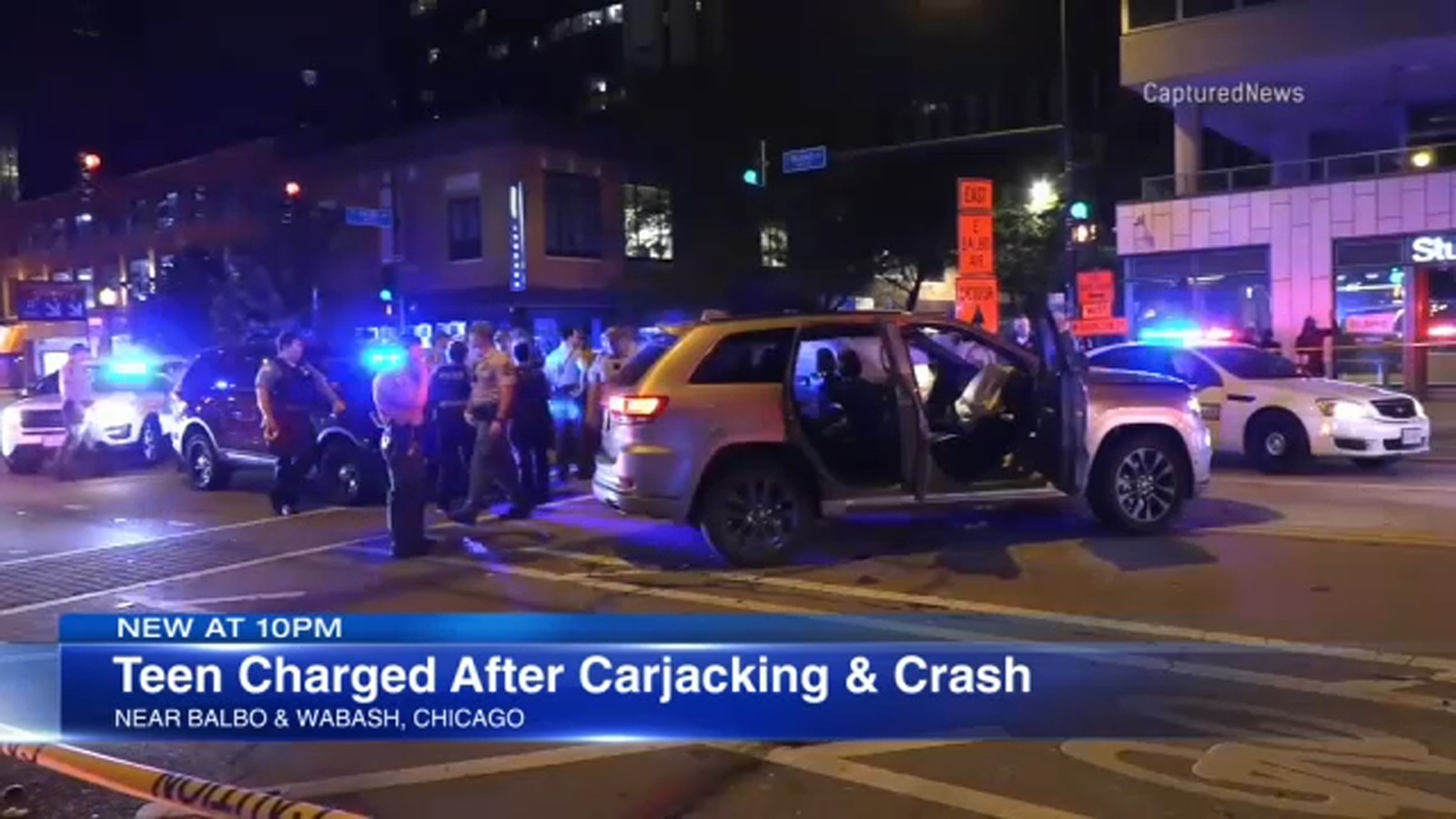 CHICAGO — At the very least three folks have been damage in a crash within the South Loop, together with a 16-year-old boy who led legislation enforcement on a chase with a stolen SUV that began late Friday night time, in line with Illinois State Police.

Police stated the teenager took the automobile by power from a 71-year-old man Friday simply after 8:30 p.m. within the 100-block of West Chestnut Road.

Illinois state troopers observed the silver Jeep Grand Cherokee, which was reported stolen, on Interstate 94 close to Michigan Avenue on the Far South Aspect at about 9:30 p.m., state police stated, including that troopers misplaced monitor of the Jeep shortly after.

About two hours later, a Chicago police helicopter positioned it. The Jeep fled from Chicago law enforcement officials who have been attempting to conduct a site visitors cease. The Jeep finally collided with a automotive close to Wabash and Balbo avenues, authorities stated.

The driving force and a passenger within the automotive struck by the Jeep have been taken to space hospitals with accidents not thought-about life-threatening, state police stated.

The teenager, who was driving the Jeep, ran from the scene, however was caught after a brief pursuit, officers stated.

He was taken to an space hospital with unspecified accidents, state police stated.

State police are investigating the crash and Chicago police are dealing with the arrest, officers stated.

The teenager has been charged with 1 felony rely of aggravated vehicular hijacking with a firearm and possession of a stolen automobile, Chicago police stated.

ABC7 Chicago contributed to this submit.