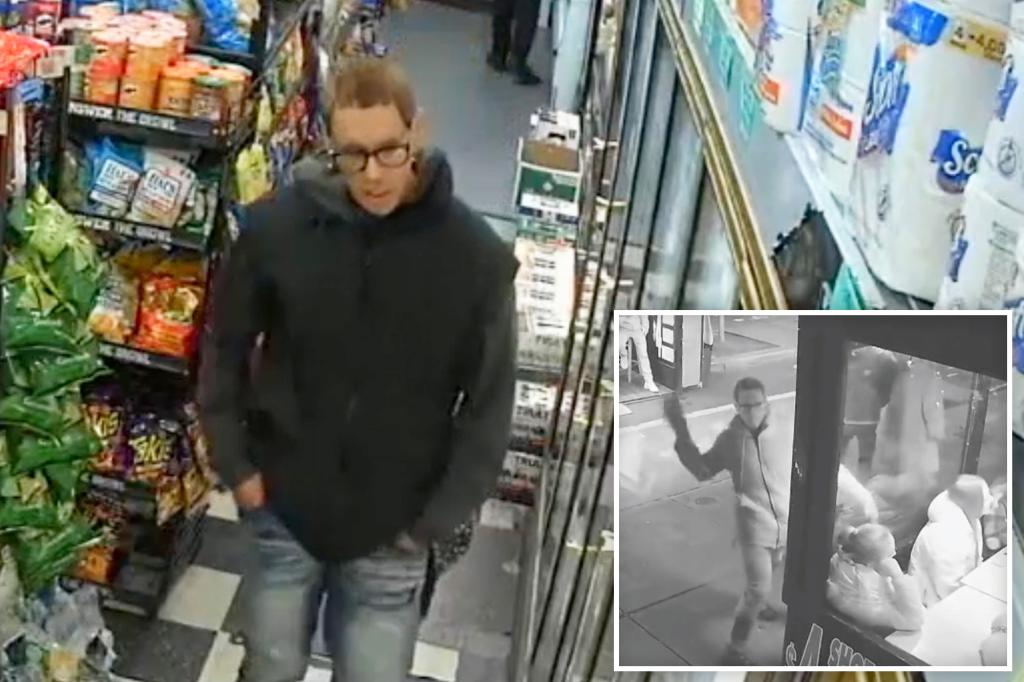 The seek for a suspect authorities consider may be accountable for a string of assaults on a Manhattan homosexual bar is ramping up with the NYPD releasing photographs and pictures of the suspect Monday.

The Hell’s Kitchen spot, VERS, has been hit with at the least three reported instances of prison mischief during the last week, in accordance with authorities.

The primary reported incident occurred November 13 round 5:30 p.m. when an unidentified man chucked a brick into the entrance window and broken it, the NYPD mentioned.

Two days later, round 6:45 p.m., officers once more responded to a different report that an unknown man threw a brick on the window, once more dinging it up, authorities mentioned.

After which on Saturday near 10 p.m., VERS’ window was once more broken when an unidentified man tossed a rock on the window, police mentioned.

There have been no reported accidents linked to any of the three incidents on the ninth Avenue location, cops mentioned.

The window is shatterproof, the membership’s proprietor informed The Submit Sunday.

The NYPD launched footage of the person they’re looking for. DCPI

“I assumed concerning the glass once I first opened the house in July,” proprietor David DeParolesa mentioned Sunday. “It doesn’t shatter, however it does crack.”

Police launched photographs and pictures of the person they’re looking for strolling in what seems to be a deli after the third incident. He’s seen carrying glasses with brief hair.

Police are looking for a suspect in a string of assaults on a homosexual bar in Manhattan. Twitter/@thisismeryan13

Video offered to The Submit Sunday exhibits a suspect throwing a heavy object on the window whereas patrons are inside earlier than fleeing the scene.

“It appears like one more manifestation of hate in opposition to our group,” DeParolesa mentioned of the latest assaults on his homosexual bar.