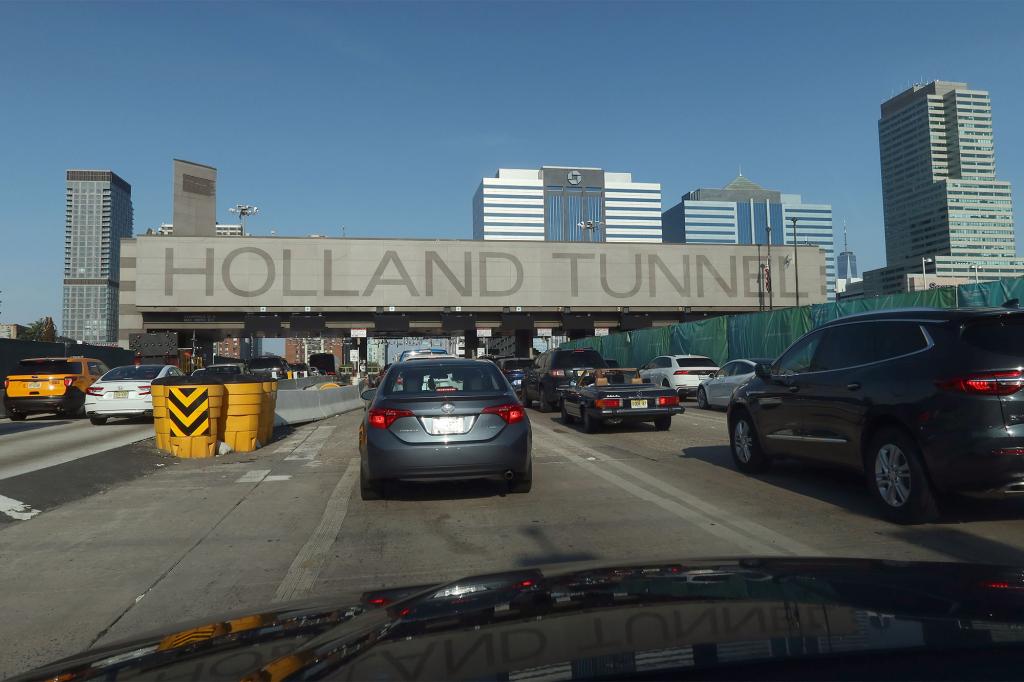 An impatient New Jersey driver was arrested Thursday morning and charged with impersonating a police officer after he allegedly activated his unlawful lights and sirens in a bid to beat Holland Tunnel visitors, regulation enforcement sources advised The Publish.

Jose Navarro, 30, allegedly tried to tug off the stunt to evade the gridlock going into the tunnel from the New Jersey Turnpike by following a high-ranking Port Authority police chief who pulled to the aspect of the highway to try what should be blamed for the visitors jam, sources mentioned.

At that time Navarro drove behind the chief, recognized as Emilio Gonzalez, the very best rating uniformed Port Authority cop, and flicked on his lights and siren, the sources.

Gonzalez bought out of his automobile and began to query Navarro, who at first claimed he was a former MTA cop, however then saved altering his story, sources mentioned.

The chief decided Navarro was by no means a cop and arrested him. Port Authority officers additionally recovered a Glock 17 pistol once they took him into custody, sources mentioned.

Navarro allegedly pulled off the identical lights and siren stunt two weeks in the past when he was caught on video alerting folks to get out of his approach on the identical stretch of highway, in line with sources.

He was additionally charged in that incident.

In Thursday’s incident, Navarro was additionally charged with legal possession of a weapon and driving an unregistered automobile, in line with sources.