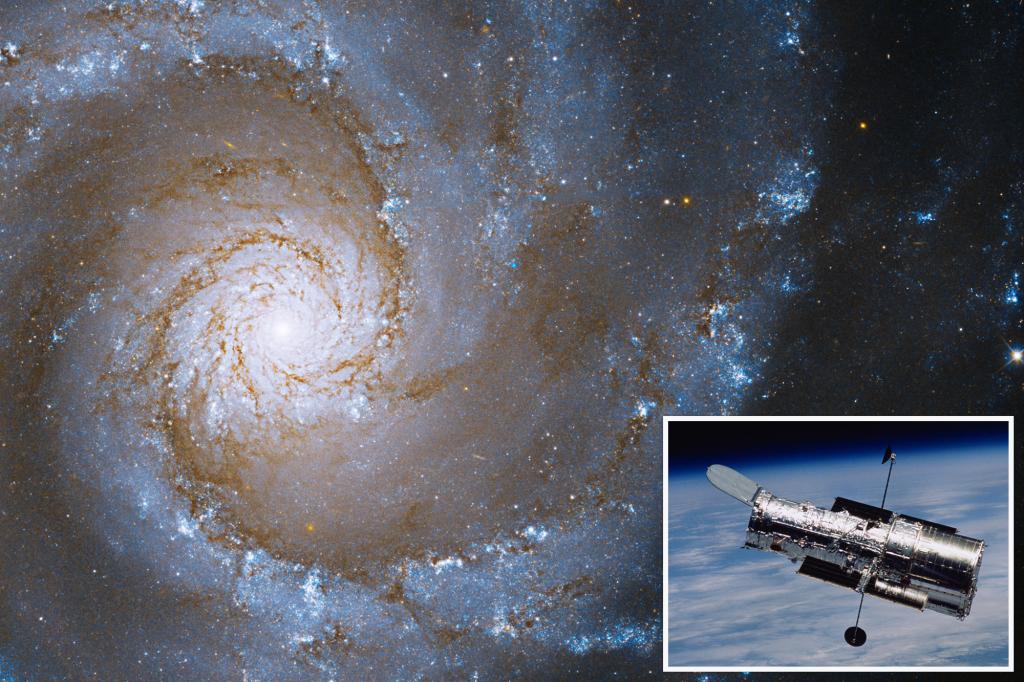 The NASA Hubble Area Telescope has captured a picture of the grand design spiral, NGC 3631.

The spiral galaxy is situated some 53 million light-years away, within the path of the constellation Ursa Main.

Within the photograph, the “arms” of the grand design spiral seem to wind across the galaxy’s nucleus.

“Shut inspection of NGC 3631’s grand spiral arms reveals darkish mud lanes and shiny star-forming areas alongside the internal a part of the spiral arms. Star formation in spirals is much like a site visitors jam on the interstate,” the company stated in an announcement.

“Like automobiles on the freeway, slower transferring matter within the spiral’s disk creates a bottleneck, concentrating star-forming gasoline and dirt alongside the internal a part of their spiral arms. This site visitors jam of matter can get so dense that it gravitationally collapses, creating new stars (right here seen in shiny blue-white),” it stated.

The company stated that the picture used information from Hubble’s Extensive Discipline Digicam 3 and Superior Digicam for Surveys.

Earlier within the month, the Hubble Area Telescope staff shared a group of supernova host galaxies and has been sharing photographs of many extra galaxies in current weeks.

The telescope has been operational since its launch and deployment in 1990.

Hubble has made greater than 1.5 million observations over the course of its lifetime.

It can quickly be joined by the $10 billion-dollar James Webb Area Telescope that launched into orbit in December.