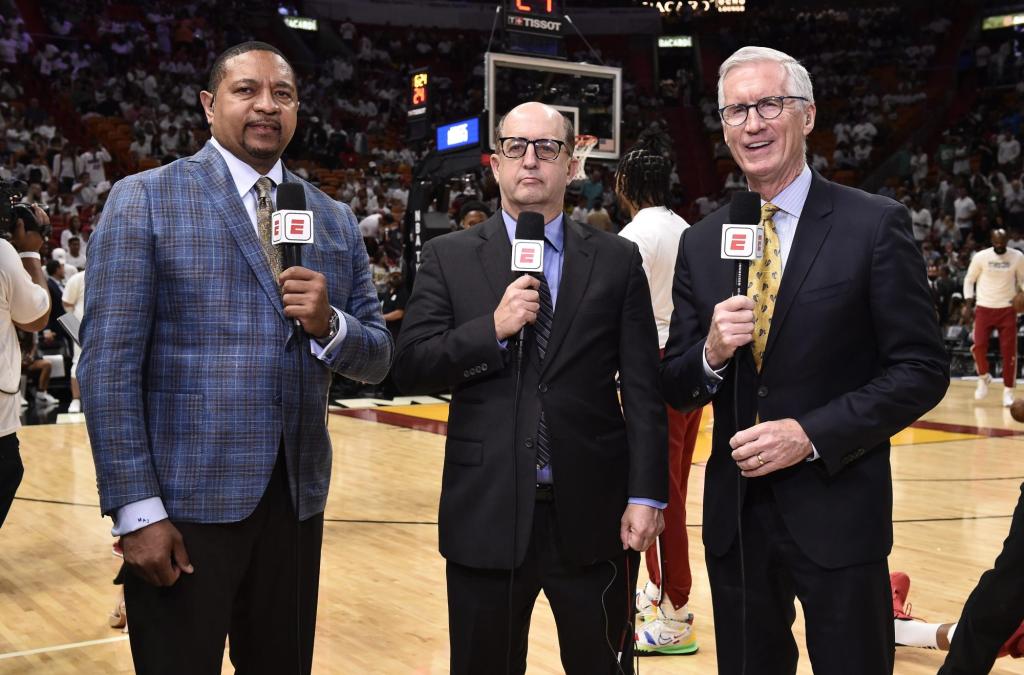 Mike Breen still out, Jeff Van Gundy back for Celtics vs. Warriors

Muji Sakawari 4 weeks ago Style Comments Off on Mike Breen still out, Jeff Van Gundy back for Celtics vs. Warriors 21 Views

Jeff Van Gundy will return from his one-game, COVID-19 absence, however Mike Breen will miss his third straight recreation for ESPN/ABC when the Celtics and Warriors face off Sunday in San Francisco, The Put up’s Andrew Marchand reported.

Breen examined optimistic for the coronavirus and missed the Celtics’ Sport 7 win over the Warmth final week. Marchand has reported the idea is Breen feels high quality, however he evidently has not been in a position to check his approach towards the microphone.

Van Gundy known as Sport 7 of the Jap Convention finals however was noticeably hoarse. He then missed Sport 1 of the Finals due to COVID-19.

On the decision for Sport 2 of the NBA Finals: Mark Jones, Jeff Van Gundy & Mark Jackson,

Breen scheduled to return for Sport 3 in Boston.

For Sport 2, Mark Jones will once more exchange Breen as play-by-player, and Mark Jackson will flank Van Gundy as an analyst.

Sport 3 can be in Boston on Wednesday, when ESPN/ABC will hope Breen can rejoin the crew.