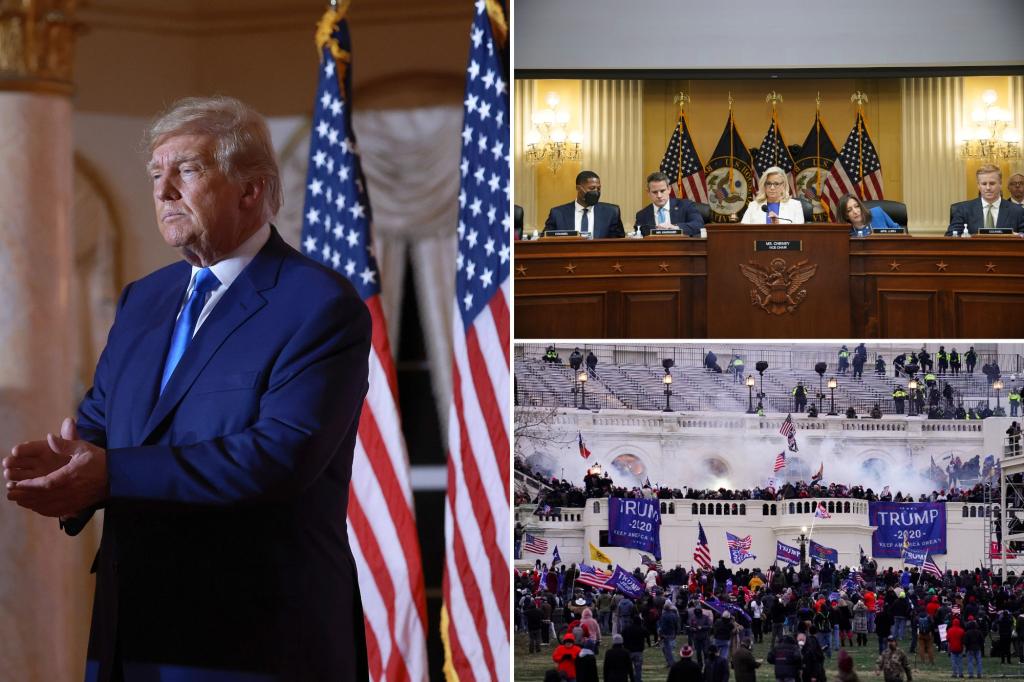 The leaders of the Home committee investigating final yr’s Capitol riot mentioned the panel is evaluating “subsequent steps” after former President Donald Trump failed to seem for a deposition on Monday.

“Although the previous President initially prompt that he would testify earlier than the committee, he has since filed a lawsuit asking the courts to guard him from giving testimony,” the committee leaders wrote in a press launch.  “His attorneys have made no try to barter an look of any kind, and his lawsuit parades out lots of the similar arguments that courts have rejected repeatedly during the last yr.”

“The reality is that Donald Trump, like a number of of his closest allies, is hiding from the Choose Committee’s investigation and refusing to do what greater than a thousand different witnesses have executed,” the 2 lawmakers added.

Thompson and Cheney didn’t point out whether or not they would pursue contempt of Congress expenses in opposition to Trump for his subpoena defiance, reminiscent of they did with former White Home aide Steve Bannon.

“Within the days forward, the committee will consider subsequent steps within the litigation and concerning the previous president’s noncompliance,” Thompson and Cheney wrote.

Trump’s lawsuit in opposition to the Home committee contends that “no president or former president has ever been compelled” to offer testimony or paperwork in response to congressional subpoenas up to now.

“Lengthy-held precedent and apply preserve that separation of powers prohibits Congress from compelling a President to testify earlier than it,” Trump legal professional David A. Warrington mentioned in an announcement on Friday asserting the swimsuit.

Nevertheless, Trump’s deadline to sit down for a deposition was not prolonged on the time.

The panel of seven Democrats and two anti-Trump Republicans issued the subpoena to Trump on Oct. 21, ordering him to supply all “related documentary materials” associated to the Jan. 6 capitol riot and to take part in “a number of days of deposition testimony.”