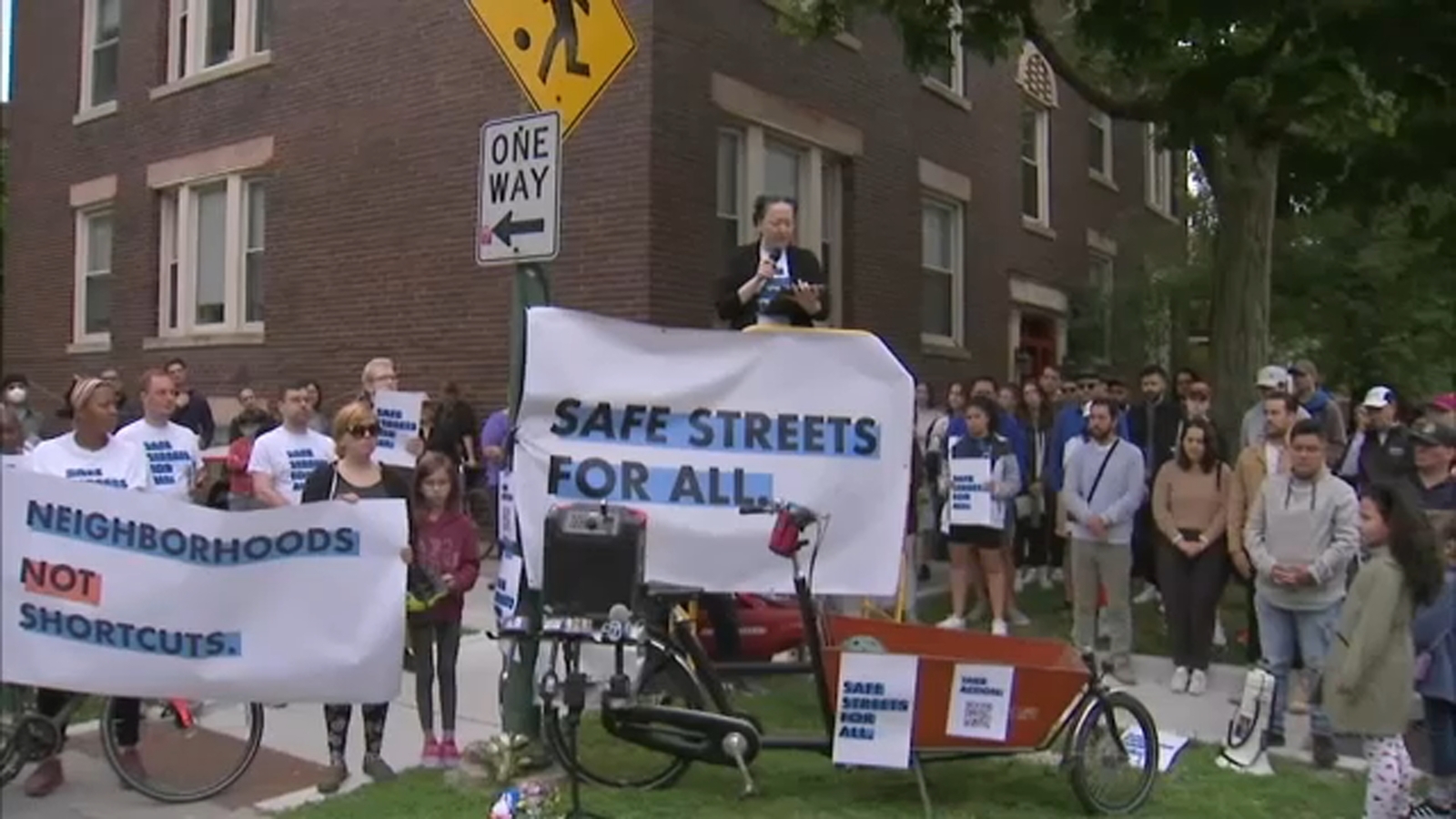 CHICAGO (TOC) — Tons of gathered for a “stroll and roll” on Chicago’s North Facet Sunday.

There was a renewed name to motion for safer streets after two younger youngsters have been killed in accidents this month.

The moments of silence for 3-year-old Lily Shambrook and 2-year-old Raphael Cardenas have been each highly effective and heart-breaking.

Each younger youngsters have been killed inside simply days of one another in separate biking accidents on the North Facet.

Now, a whole bunch gathered the place the youngsters have been killed to demand motion.

“We’re demanding our streets for our youngsters,” stated one particular person.

“Kids ought to be capable of experience their bike safely with out worrying about being killed,” added one other.

It was an emotional day, as households and bike advocates mourned the lack of two toddlers tragically killed.

“It’s evident that our streets should not protected,” stated Raphael’s dad and mom, Marina Ross and Henry Cardenas.

“I’ve received a 2-year-old myself and a 7-year-old. My 2-year-old has realized to scoot on this avenue on Eastwood,” stated Alderman Matt Martin, forty seventh Ward.

It is the identical avenue the place Cardenas was killed on June 3 whereas driving his scooter within the Lincoln Sq. neighborhood. The motive force in that accident was not cited.

His household spoke out for the primary time since his demise Sunday.

“In occasions of trauma and grief, we ask ourselves so many questions. We seek for solutions and conditions the place there might not be any. Despite that, we should hunt down alternatives the place we will enact change. We now have to attempt,” the grieving dad and mom stated.

The group then marched to Leland and Winthrop avenues, the place 3-year-old Lily Shambrook was additionally killed final week whereas driving in a motorcycle seat on the again of her mom’s bicycle. The bike colliding with a semi.

“Maintain onto that anger and power, and use it for constructive change,” stated Brendan Kevenides, the Shambrook household consultant.

Trip sluggish with us in Lincoln Sq. and Uptown this Wednesday 6/15 at 5:30pm. We’re demanding Chicago leaders set 10% of Chicago streets for a coordinated protected community. Meet on the Welles Park area home.

“We’d like education schemes to remind drivers to look out for bikes, to not block bike lanes, and we want the infrastructure to make them safer,” Quigley stated.

Shambrook’s demise remains to be being reviewed by the town’s division of transportation. The household had beforehand stated a parked ComEd upkeep car was blocking the bike lane on the time of the accident.