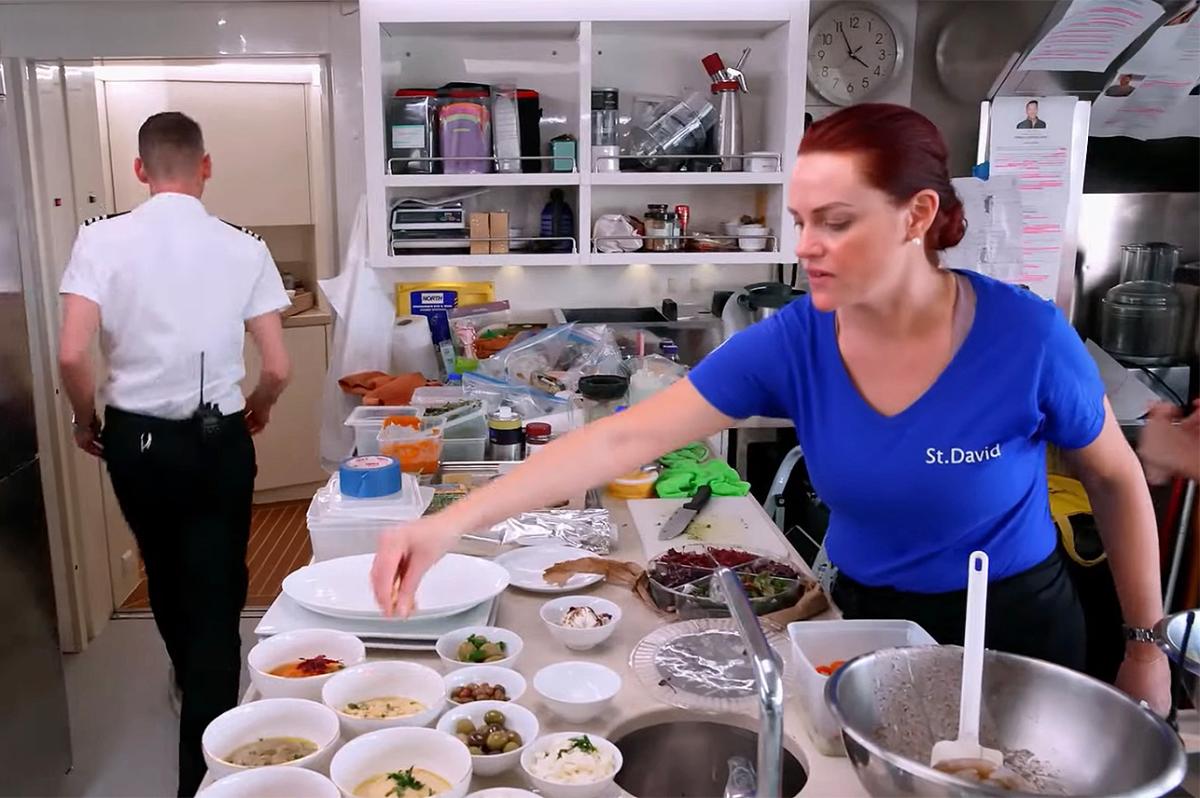 We’re counting down the hours till Under Deck Season 10 lastly premieres tonight at 8PM ET on Bravo! Everybody’s favourite stud-of-the-sea, Captain Lee, is again with the newly promoted fan-favorite Fraser Olender as Chief Stew and Chef Rachel Hargrove within the gally. This season, followers will get to benefit from the beautiful surroundings of St. Lucia from the large 197 ft motor yacht St. David. Tasked with maintaining the vessel shipshape and the rich, hard-partying constitution company blissful, a (principally) new batch of yachties embody Bosun Ross McHarg, Stews Hayley De Sola Pinto and Alissa Humber, Deck/Stew Camille Lamb and Deckhands Tony Duarte, Katie Glaser and Ben Willoughby. Onboard lower than 24 hours earlier than the primary constitution, the crew has to kick it into excessive gear to get the boat prepared for its passengers.

On this unique clip from the Season 10 premiere, we see chaos unfolding at lunchtime. The normally unflappable Chef Rachel is an hour and fifteen minutes late together with her mid-day service, and the extremely intoxicated constitution company are a bit cranky. Fraser and Alissa work collectively to rapidly serve selfmade pita, baba ganoush, and hummus, however one of many quests nonetheless complains of being “hangry.” The crew has the additional process of placating grumpy company in addition to growling tummies.

“I’m feeling a bit bit frazzled,” Fraser says to the digital camera as one of many company spills a cup of sauce on the desk. Ever the skilled, Fraser runs to get a towel and asks himself, “what can I do? Simply roll with the punches.” As Alissa rushes out with a scorching plate of meat, Fraser will get a minute to himself within the pantry and hilariously observes, “I’m sweating like an absolute filthy, reckless, f*cking little whore.” Is Fraser coming for Captain Lee’s title for the king of quips? We’ll have to look at the remainder of the season to seek out out!