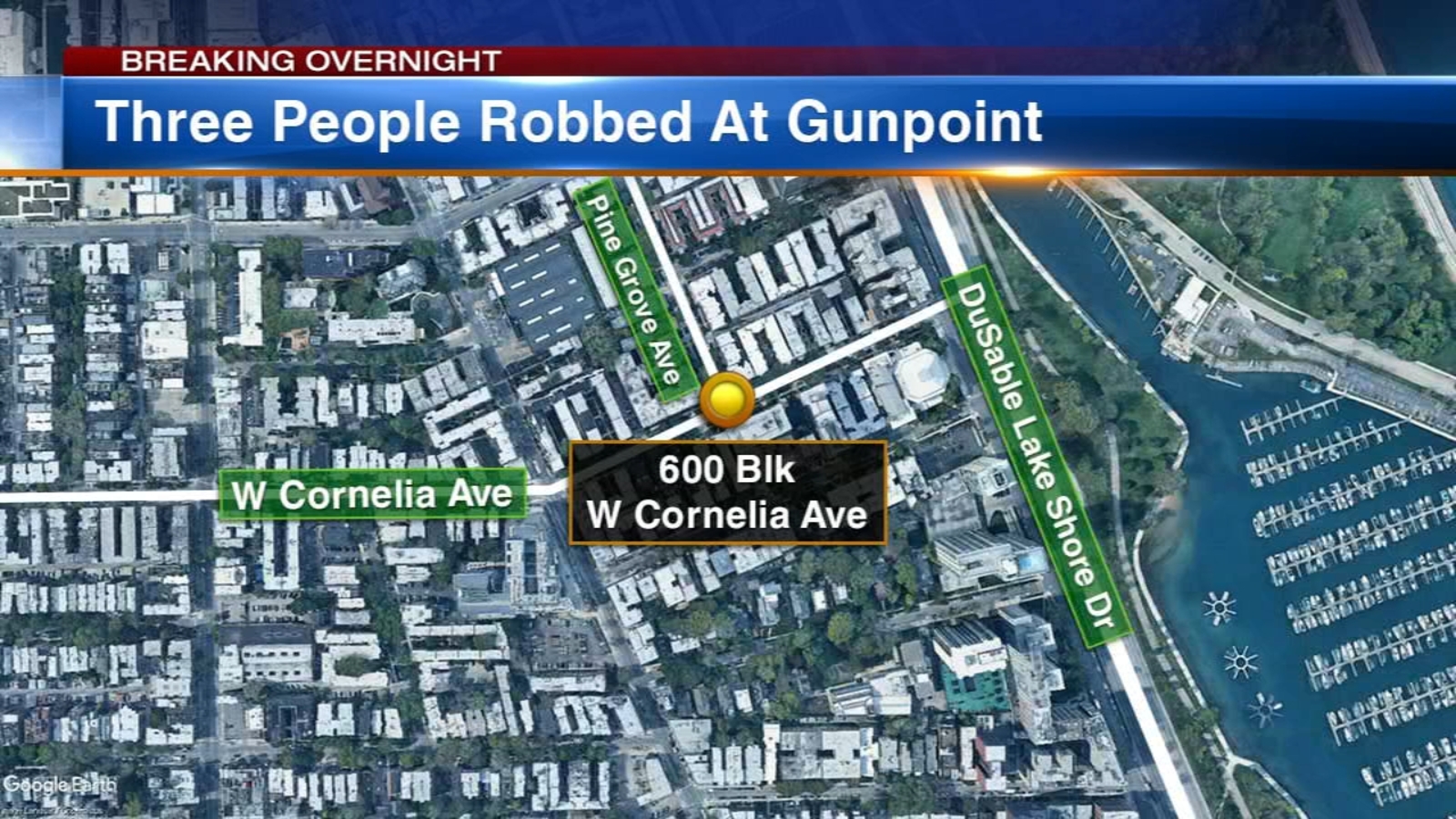 CHICAGO (TOC) — Three individuals had been robbed at gunpoint as they walked within the Lakeview neighborhood Tuesday morning, Chicago police stated.

The victims had been on the sidewalk within the 600-block of West Cornelia Avenue when police stated two male suspects armed with handguns approached.

The suspects took the victims’ cell telephones and wallets earlier than fleeing in a dark-colored sedan, police stated.

No accidents had been reported and nobody is in custody. Space Three detectives are investigating.